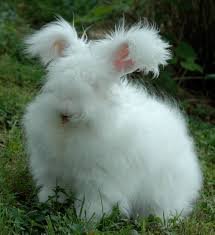 Angora rabbit is one of the oldest domestic rabbit breed variety originating in Angora (today which is called Ankara), Turkey. The Angora is a variety, not a breed and was mainly bred for it’s long and soft wool.

Angora rabbit was very popular as pets with French royalty in the mid 18th century. And then spread to the other parts of Europe by the end of the century. In the early 20th century, the Angora rabbit first appeared in the United States and the breed was bred largely for it’s long Angora wool. It’s wool may be easily removed by combing, plucking or shearing.

English
English Angora rabbit are gentle in nature. But they require regular grooming. Their wool is very dense and needs to be groomed twice a week. So it’s not recommended breed for those people who do not groom their animals regularly. English Angora rabbit is the smallest breed of the four ARBA recognized breeds. And it is the only rabbit breed which has hair covering it’s eyes. ARBA accepted English Angora rabbit varieties are .: agouti, broken,self, shaded, Ruby eye white and pointed white. It’s average body weight is about 2.0 – 3.5

French Angora
French Angora rabbit are larger in size with commercial body type. It has a big under coat. And it differs from the English, German and giant angora and it possesses a hairless face and front feet, with only minor tufting on the rear legs. Their fiber has smooth silky texture, making it difficult to spin. Desirable characteristics of the French Angora rabbit’s fiber include it’s texture, warmth, light weight and pure white color. ARBA accepted varieties of French Angora rabbit are agouti, self, ticked, wide band, pointed white, shaded and also it can be brown tones and broken. Average body weight of this breed is between 3.5kg and 4.5kg

Giant angora rabbits are the largest in this variety recognized by the ARBA. They produce more wool than the satin, English or French Angora. They mostly appear in Rudy eye white color. They have a commercial type body with a very dense coat of wool. Their head is oval in appearance which is broad across the forehead and slightly narrower at the muzzle.

Their ears are lightly fringed and well tasseled, and they have forehead tufts and cheek furnishings. Ruby eye white is the only variety of giant Angora rabbits recognized by the ARBA. Their average body weight is up to 5.5kg

Uses
These rabbits are mainly kept for their fine quality wool production. They are also good for raising as pets, but are now used for meat purpose

Most of these rabbits are calm and docile in nature. They are very friendly with humans and love to play if given enough space. They even enjoy playing with humans. They should be handled carefully. Grooming is a must for them for preventing their fiber from matting and felting on the rabbit. Average lifespan of Angora rabbit is about 7-12 years if kept indoors and well cared for. 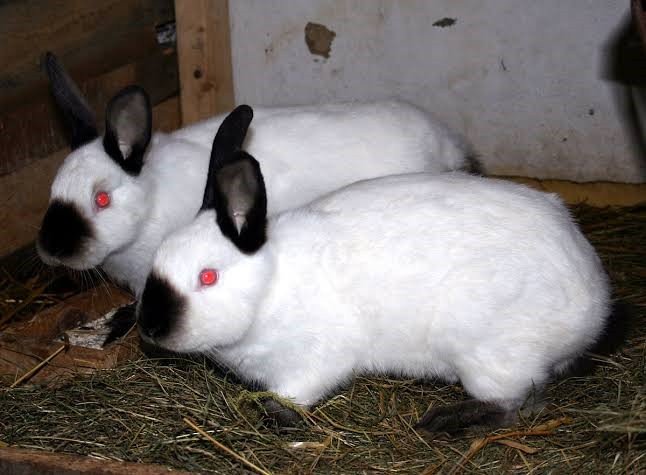 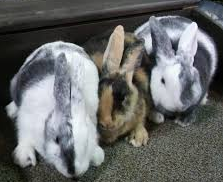 ALL ABOUT RABBITS (WEANERS, GROWERS, MATURED, DOE, BUCK) PETS, BREEDING AND MEAT!!!
YOU ARE IN THE RIGHT PLACE!!!

Open chat
Feel free to chat us up!!
ANGORA